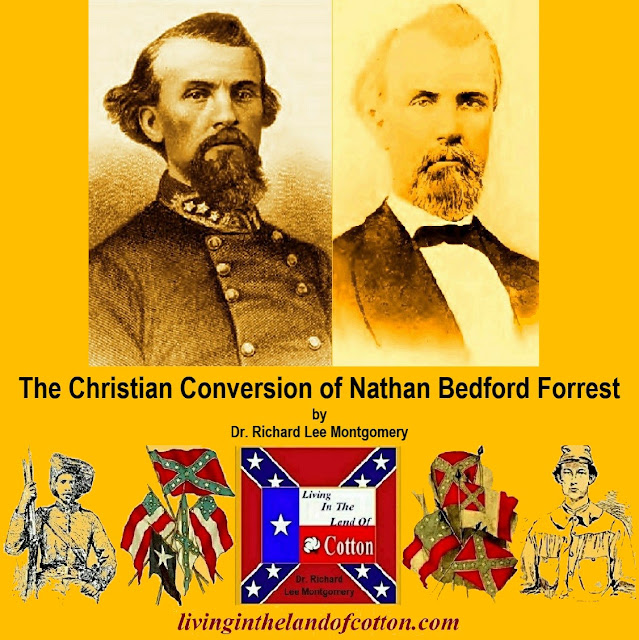 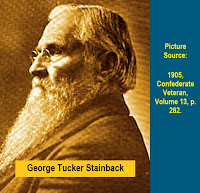 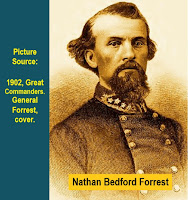 This powerful text arrested the soul of Nathan Bedford Forrest and his spiritual eyes were opened by the Almighty God. Following the service Forrest pulled Pastor Stainback aside and later  recounted what took place. Stainback states: “Forrest suddenly leaned against the wall and his eyes filled with tears. ‘Sir, your sermon has removed the last prop from under me,’ he said, ‘I am the fool that built on the sand; I am a poor miserable sinner.’” 2

Pastor Stainback directed Mr. Forrest to go home and open up the Word of God to Psalm 51 and then, meditate on this particular text and see where this passage and his meditation might lead him. So why did Pastor Stainback instruct General Forrest to read Psalm 51. Here it is: "1Be gracious to me, O God, according to Your lovingkindness; According to the greatness of Your compassion blot out my transgressions. 2Wash me thoroughly from my iniquity And cleanse me from my sin. 3For I know my transgressions, And my sin is ever before me. 4Against You, You only, I have sinned And done what is evil in Your sight, So that You are justified when You speak And blameless when You judge. 5Behold, I was brought forth in iniquity, And in sin my mother conceived me. 6Behold, You desire truth in the innermost being, And in the hidden part You will make me know wisdom. 7Purify me with hyssop, and I shall be clean; Wash me, and I shall be whiter than snow. 8Make me to hear joy and gladness, Let the bones which You have broken rejoice. 9Hide Your face from my sins And blot out all my iniquities. 10Create in me a clean heart, O God, And renew a steadfast spirit within me. 11Do not cast me away from Your presence And do not take Your Holy Spirit from me. 12Restore to me the joy of Your salvation And sustain me with a willing spirit. 13Then I will teach transgressors Your ways, And sinners will be converted to You. 14Deliver me from bloodguiltiness, O God, the God of my salvation; Then my tongue will joyfully sing of Your righteousness. 15O Lord, open my lips, That my mouth may declare Your praise. 16For You do not delight in sacrifice, otherwise I would give it; You are not pleased with burnt offering. 17The sacrifices of God are a broken spirit; A broken and a contrite heart, O God, You will not despise. 18By Your favor do good to Zion; Build the walls of Jerusalem. 19Then You will delight in righteous sacrifices, In burnt offering and whole burnt offering; Then young bulls will be offered on Your altar." 3

On the following night, Pastor Stainback went to visit with Forrest, and it was not long before both were on their knees and praying. When Nathan Bedford Forrest arose from his knees, he profoundly stated, “satisfied. All is right. I  put my trust in the Redeemer.” 4

After hearing that Forrest was worsting, Pastor Stainback rushed to visit him and when entering “...inside the house Stainback found a man who knew his time was gone. Money and such stubborn lifelong vices as cursing and card playing seem to have been on his mind, and he talked about the debts he still owed on earth and elsewhere. ‘I’ve worked hard and may have killed myself, he told Stainback, but in the providence of God I am in a way to discharge soon every obligation I owe to man. He regretted many things said and done ... in the presence of others during his brief religious period that didn’t look or sound very Christian, he told Stainback. Nevertheless, he said, ‘I want you to understand now that I feel God has forgiven me for all and then’; lifting up his emaciated hand, and pointing his finger to his breast, with a smile upon his face, said, ‘Just here I have an indescribable peace. All is peace within. I want you to know that between me and ... the face of my Heavenly Father, not a cloud intervenes. I have put my trust in my Lord and Saviour.’” 5 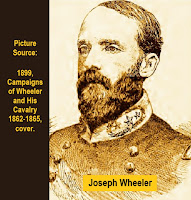 What’s important here is to know that Forrest in his living out his regenerated life in Jesus Christ was indeed a testimony to others. “General Wheeler, who saw Forrest about this time, says: ‘It so happened that I had not seen General Forrest for several years until a few months before his death, and I could but notice the startling change which had come over him. He was greatly emaciated, as a result of an exhausting diarrhoea from which he was hopelessly suffering, and the pale, thin face seemed to bring out in bolder relief than I had ever observed before the magnificent forehead and head. Every line or suggestion of harshness had disappeared, and he seemed to possess in these last days the gentleness of expression, the voice and manner of a woman.’” 6 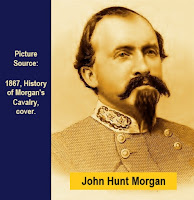 “General John T. Morgan, who had been acting for some years as the legal adviser of General Forrest in -the many perplexing suits which were developed as a result of the financial crisis and the discontinuance of his railroad enterprise, says that Forrest at this time called upon him and ordered the discontinuance of all litigation with which he was connected. In the course of the conversation with General Morgan he said: ‘General, I am broken in health and in spirit, and have not long to live. My life has been a battle from the start. It was a fight to achieve a livelihood for those dependent upon me in my younger days, and an independence for myself when I grew up to manhood, as well as in the terrible turmoil of the Civil War. I have seen too much of violence, and I want to close my days at peace with all the world, as I am now at peace with my Maker.’” 7

Then the final day day came. “Gen. N. B. Forrest died at 7½ o’clock last night at the residence of Col. Jesse Forrest on Union Street. His disease was chronic diarrhea and malarial fever. He had been in ill health for a year or more, and for several months past his condition had been deemed critical. In August he was reported dying at Hurricane Springs; but he rallied, and was a few weeks afterwards able to return to Memphis ... About two years ago Gen. Forrest made a profession of religion and became a member of the Cumberland Presbyterian Church. He died in this faith, and met his death with Christian calmness and resignation.” 8

Nathan Bedford Forrest died in Memphis at the age of 56 on October 29, 1877, reportedly from complications of diabetes. His pastor George Tucker “Tuck” Stainback presided over his funeral service. “On Wednesday, the last day of October, 1877, they buried him in accordance with arrangement made by his Confederate comrades in arms at a memorial meeting held the afternoon before. The funeral procession moved from the home of Jesse Forrest to the church on Court Square, and on the south to Elmwood Cemetery—a line of march of three miles, lined by 20,000 people, white and black.” 9

“His death created a profound impression throughout the country, and called forth universal expressions of sympathy and respect. Many of those against whom he had fought in battle, uniting with the South, paid respectful tribute to his memory. The ex-President of the Confederacy, and some of the surviving members of the Confederate cabinet, and thousands upon thousands of high and low degree, followed the funeral cortege to Elmwood Cemetery, where, with imposing ceremony and glowing tribute, the body of this great soldier was returned to the dust from which it had sprung.” 10