Life of Jefferson Davis, With A Secret History of the Southern Confederacy by Edward A. Pollard 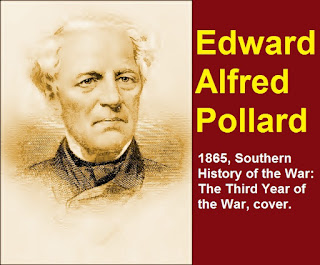 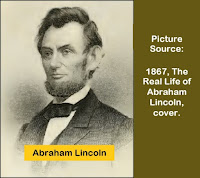 When Mr. Lincoln delivered his inaugural speech from the portico of the Washington Capitol, he stood no longer in front only of a hostile and disorderly popular sentiment in the South, but in front of a government organized there, an actual structure of state discharging all political functions, furnished for war, and inspired for a desperate encounter. It was a singular and imposing spectacle—a government of insurgents quietly assuming power and organization without a struggle, and continuing for the space of months unchallenged and uninterrupted in its operations. It had come quietly into existence in the month of February. The secret revolutionary junta had proposed a convention of the seceding States on the 15th of this month. It 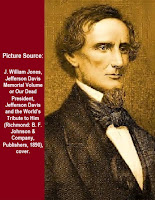 assembled some days earlier. Mississippi—the State of Jefferson Davis—was the first to propose distinctly the idea of a Southern Confederacy, while in the other States the call for a convention was variously interpreted and communicated from the ambush of equivocal language. There could be no doubt of the intention of Mississippi. In the Legislature of that State, on the 19th of January, a committee reported resolutions to provide for a Southern Confederacy, and establish a Provisional Government. The State had already seceded—on the 9th of January. On the 11th of the same month, Alabama and Florida followed; on the 26th, Louisiana; and on the 1st of February, Texas. On the 4th of February, delegates from these States met at Montgomery, Alabama, organized a Provisional Government, framed a "permanent" Constitution; and on the 18th Jefferson Davis was inaugurated President of "the Confederate States of North America."

The Union at Montgomery represented six Southern States, from which had disappeared, in the strangest manner, not only every semblance of Federal authority, but almost every vestige of Federal power. All the Federal forts in these States but two (Sumter and Pickens) had been taken; all the property of the United States, whether arsenals, custom-house or light-houses, had been appropriated; and not a vestige of authority of the Government at Washington was suffered to remain, excepting the Post-Office department, which the insurgents might have been considered to have arrogantly kept for their convenience. These amazing results which had swept a government from the face of so large a territory, had been accomplished with supreme ease. All had been done without a drop of blood having been shed, or even an arm persistently raised to oppose the progress of the rebellion. It had gone on without any counteraction on the part of the North, and even without any preparation of the Washington Government, in the shape of any act or appropriation by Congress, to overthrow or check the movement.

This remissness of the government yet claiming to be supreme, its utter lack of preparation—an instance of stark improvidence almost without parallel in history—was fast bringing it into contempt; and it was, perhaps, the first occasion of that fatal tendency in the South to undervalue the power and spirit of the North in case of war. The explanation commonly formed of this remissness is that the North was not seriously apprehensive of war, and that it looked for Secession to disappear at last through peaceful agencies, or in the natural course of events. Mr. Lincoln did not expect war. He believed, as he declared on his way to Washington, that "behind the cloud the sun was shining still;" that the fervid sentiment of Union in the hearts of the people of the South would dispel all serious trouble.

There might have been a time when this belief in the natural dispersion of Secession could have been reasonably entertained; but it is strange that Mr. Lincoln and thoughtful men in the North did not distinguish between this time and that in which he spoke—that they failed to estimate the great difference between Secession as a diffuse popular sentiment, and Secession as an organized fact. When it was in the first condition, there was some hope that it might be overcome or scattered by peaceful means; but from the moment it became organized; from the moment a government was framed at Montgomery, it acquired that certain force which comes from organization; and how, thereafter, the North—and even reflecting men there—could have continued in the same calculations of peace, is not easy to be explained. The difference of the two conditions seems never to have been estimated. People generally, in the North, thought peace quite as probable after the Montgomery Convention as before it—that is, without regard to other events, considering that which had taken place at Montgomery as indifferent. And jet it was that event which should have determined for the North whether to treat Secession as a subject for peaceful dispersion, or one for violent destruction. An idea or even a purpose may be easily banished from the public mind; but when it once assumes organization^ there is an actual power to be disbanded, while new interests too are brought into the conflict. Secession might possibly have died out in the South as any other public opinion; but when it took the form of a government at Montgomery, it passed that boundary whence it was not likely to be reclaimed but by violence. That government could not go down without carrying with it the hopes and aspirations of the Southern leaders, without consigning them to public shame; and although Jefferson Davis and his associates might have quitted Secession when it was a mere idea, and survived the sacrifice, it was obvious that they could not retract what they had done at Montgomery without consigning themselves to ruin. But the distinction between Secession as an idea and as an organized fact was scarcely perceived by the North. The Government at Washington continued to lose time which that at Montgomery was persistent to improve. In four days the latter adopted a provisional Constitution, and immediately thereafter announced as its choice for President, Jefferson Davis, of Mississippi. He traveled rapidly from his home; he was inaugurated the day after his arrival at Montgomery, the 10th of February; and on the 28th of this month he was empowered by act of Congress to assume control of all the military operations of the Confederate States. He was thus swiftly advanced to the summit of authority; he was seated in apparent security at Montgomery, before Mr. Lincoln had been inaugurated at Washington; and two days after the latter had gone through this doubtful ceremony and was yet trembling for his personal safety, Jefferson Davis experienced the sense of power in dictating a call for one hundred thousand men to take the field under his unquestioned and supreme command.

Edward A. Pollard, Life of Jefferson Davis, With A Secret History of the Southern Confederacy (Philadelphia: National Publishing Company, 1869), 87-91.