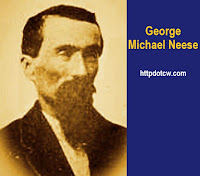 
“January 1, 1863—New Year's Day, and orders to go to Dam No. 5, with Ashby's cavalry. This was a bright sunny day, but a cold west wind made it disagreeable marching. This evening we are camped in a field near Dam No. 6, with cold beef, bread, and plenty of good water, and an old barn full of soft downy hay to sleep in to-night, all of which brightens the cheer of the. glad New Year.

This is a beautiful bright night. The moon hangs in a clear sky, and it is nearly as light as day. A few tiny fragments of dissolving clouds, that look like little bunches of snowy lace, are scudding across the azure dome chasing each other toward the gates of morning. Now as I am ready for my soldier bed, the wintry wind is howling fiercely around the old barn, the pickets”
George Michael Neese, Three Years in the Confederate Horse Artillery (New York: The Neale Publishing Company, 1911), 12-13. 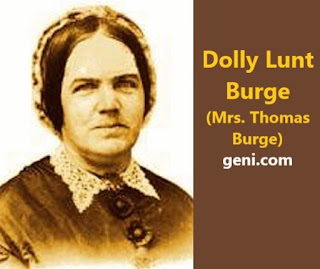 “JANUARY 1, 1864. A new year is ushered in, but peace comes not with it. Scarcely a family but has given some of its members to the bloody war that is still decimating our nation. Oh, that its ravages may soon be stopped! Will another year find us among carnage and bloodshed? Shall we be a nation or shall we be annihilated? . . . The prices of everything are very high. Corn seven dollars a bushel, calico ten dollars a yard, salt sixty dollars a hundred, cotton from sixty to eighty cents a pound, everything in like ratio.”
Dolly Lunt Burge, A Woman's Wartime Journal: An Account Of The Passage Over A Georgia Plantation Of Sherman's Army On The March To The Sea (New York: The Century Company, 1918), 3.

“The spring-time of 1864 with its lustrous mocking sunshine passed, and never were the Solfaterre roses sweeter, nor the oleanders whiter in the gardens of Columbia, nor the Congaree Falls more musical as we listened to their play in the midnight silence, and dreamed of Lee and victory. Then the long, slow summer came and went, and the dreary autumn followed. With its going', we began to live on anticipated horrors. The new year of 1865 dawned sadly enough. There was much talk of Sherman's advance, and an effort was made to draw troops from Lee for the defence of Columbia; but in vain, every soldier was needed for Richmond. After Sherman's burning of Columbia—involving the destruction of the money-printing machine and of a large amount of Treasury notes—there was some expectation at the close of February, of removing the employees to Lynchburg, Virginia, and of starting anew the manufacture of the notes. But chaos had come again and this scheme was never carried through. The collapse of all things dear to the Confederate heart was close at hand. Appomattox followed swiftly upon the evacuation of the Capital, and then—‘the Confederacy took its place in the graveyard of nations.’”
Adelaide Stuart Dimitry, War-Time Sketches: Historical and Otherwise (New Orleans: Louisiana Printing Company Press), 19-20.