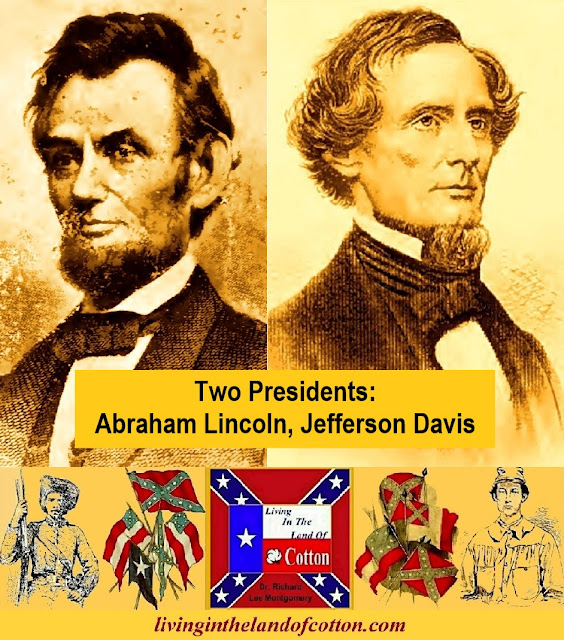 Origin, Cause and Conduct of the War Between the States - the Truth of History Belongs To Posterity
by
C. E. Gilbert
INTRODUCTORY
THERE IS A REASON AND NEED FOR THIS.

In my work for several years through the South, in the interest of the life and object of the Sons of Confederate Veterans, I have had occasion to observe and lament the lack of historical information among young men of the present generation, even among grown-ups, and the extent of alleged history which, through misrepresentation, serves to discredit our fathers and deprive them of the honors justly due them. There is some reason for this condition:

The cause which impoverished the South in the '60s enriched the North; and while the men of the South must return home in the spring of '65 and devote years of hard work to rehabilitate the Southland, men of the North had money and leizure to write, print and misrepresent the cause and conduct of that terrible conflict.

There is reason in everything which has any basis at all. There is a reason why it is just to assert that President. Abraham Lincoln's fame is far beyond the man's deserts; his abilities exaggerated; his virtues magnified; his statesmanship over-estimated; his one achievement misrepresented and misunderstood, conflictive in declaration, purpose and effect.

All this would be immaterial but for the propaganda of misrepresentation of issues and policies, having tendency and purpose to deceive those who thoughtlessly accept them. If those policies and actions which forced that war upon the South were false and wrong, then, certainly, Southern people insult the memory of their fathers in permitting the circulation in their homes and schools of such literature.

Southern people are not concerned about the exaggerated adulation of Lincoln in the North, or the hero-worship by the negroes of the South as long as they wish to be deluded; but it is against the wrongful use of their publishing advantage— the circulation of misrepresentations and calumnies at our own doors, that merits our indignant protest. What would be the reception accorded a proposal to name a Southern Female College for Harriet Beecher Stowe after her gross misrepresentation of Southern life? Or if it were proposed to name a high school for John Brown or Wendell Phillips, both of whom were early proponents to destroy the federal constitution in order to create negro insurrection and bring about negro equality—only in the South? Well, Lincoln claimed the power, and did what these fanatics had suggested. Is there a school in Massachusetts or Ohio named in honor of Jefferson Davis or Robt. E. Lee? Has not northern sentiment kept out of the Hall of Fame the statute of Jefferson Davis—out of the niche set apart for Mississippi?

While the men of the South displayed their characteristic courage and fortitude, in the one field as in the other, and were remarkably successful in restoring their homes and industries to their former glory and productiveness, it required many years, and there was little time for literature; the conquerors went marching on writing and printing versions of events which should have been recorded with something of the impartiality of a magnanimous victor, but instead were prejudiced, unjust and untrue. The saddest phase of this period so akin to the destructive political ''reconstruction" is that during these crippled years of the South such books in innumerable numbers found their way almost alone into the homes and schools of the South with their venomous influences. It may be our fault—certainly our misfortune—that so many of our young men are unfamiliar with the official record of either of the war presidents, or the heroic parts their ancestors played in that eventful period of our country's history; and consequently are unable to form correct judgment. But they are entitled to know the truth, and we owe it to our fathers that their descendants shall know the truth—all the truth.

There is ample and valid reason for disbelieving and repudiating hundreds of the books written (for gain and hate) the years following President Lincoln's tragic and lamentable assassination. Lincoln was the new Republican party's first president. Lincoln, dead and discredited (as had been for a year), would mean the death of the new Republican party; but Lincoln, famous and reputed great in achievement, would mean extended life to the party. So, the President's administration must be extolled, his every act exalted, his personality magnified to the greatest extent; the South must be charged with Lincoln's death; the Southern States must be ground down and "reconstructed"; Jefferson Davis must be charged with complicity in Lincoln's death, and with responsibility for the death rate at Andersonville; there must be victims: Mrs. Surratt dragged from her home and hanged with men charged with Lincoln's death, and Superintendent Wirz of Andersonville hanged by military court; Jefferson Davis placed in a cell and in irons;—thus carrying out the plan of Wendell Phillips' Republican party "organization against the South" to "trample the constitution under foot."

Hundreds of books were written voicing the most extravagant adulation of the dead president, and those which dared tell some of the truth were bought up and suppressed; particularly those of W. H. Herndon and Ward Lamon, who, though Republicans and former law partners and intimate friends of Lincoln, “could not tell the truth,” because they did not participate in the apotheosis of a man dead who had been so recently denounced by his associates while living. Even Mr. Chase, Lincoln's appointee from the Cabinet to Chief Justice Supreme Court, who admitted his Republican party devotion was not for love of the negro so much as hate for his master, said he “Could never see any greatness in Lincoln.”

These are the reasons for the presentation of this volume, that it may be an humble but helpful means of disseminating some of the much hidden truths. In offering it, I beg to call attention to one feature of it: Ninety per cent of the authorities quoted to show the gross inaccuracy and injustice of the mass of so-called history in circulation, are from Northern historians, and newspapers and public men of the Northern States, before, during and since the war, and also from that other invaluable collection of war records authorized by act of Congress in the name of "Records of the War of the 'Rebellion.'" We can pardon the name for the truth it tells.


C. E. Gilbert, Two Presidents: Abraham Lincoln, Jefferson Davis, Origin, Cause and Conduct of the War Between the States, the Truth of History Belongs To Posterity (1927), 7-10.