Remarks of Mr. Davis at the Unveiling of the Statue of Stonewall Jackson

Tuesday, April 17, 2018
Remarks of Mr. Davis at the Unveiling of the Statue of Stonewall Jackson 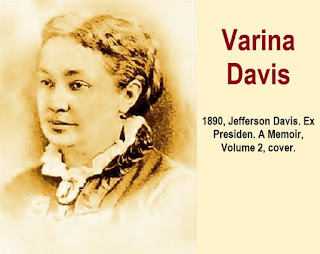 Friends, Countrymen, Ladies and Gentlemen: I am thrice happy in the circumstances under which you have called upon me. The eloquent and beautiful address to which you have listened has been so full in its recital as to require no addition.

Again, the speaker saw all, and was a large part of that which he described, giving a life and vigor to his narration, which could not be attained by one who only, at second-hand, knew of the events. 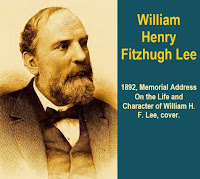 Your honored guest and orator, General Fitzhugh Lee, rode with Stuart in his perilous campaigns, shared his toils and dangers, took part in his victories, and became the worthy successor of that immortal chieftain. When the Army of Northern Virginia made its last march to Appomattox Court-house, a numerous foe hovering on his flanks and rear, "little Fitz" was there with the remnant of his cavalry to do and dare, and, if need be, die for Dixie. How vain it would be for any one to add to what has been said by such a witness.

Again, and lastly, Jackson's character and conduct so filled the 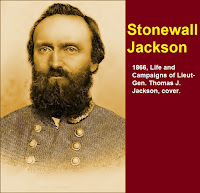 measure of his glory that no encomium could increase or adorn it. When he came from the academic shades of the Virginia Military Institute, who could have foreseen the height of military fame to which the quiet professor would reach. He rose with the brilliancy of a meteor over the blood-stained fields of the Potomac, but shone with the steady light of the orb of day, a light around which no evening shadows gathered, but grew brighter and brighter the longer it shone. It is not alone by us that his merit has been recognized.

In Europe, so far as I had opportunity to learn, he was regarded as the great hero of our war, and appreciative men in England have contributed the bronze statue to him, the first and only one which they have given to one of our soldiers. The column which stands before me, crowned with a statue of enduring stone, which you have reared to commemorate his services and virtues, is a fit tribute from you, and teaches a useful lesson to posterity, because it is erected not to perpetuate the story of his military prowess merely, but also, and perhaps even more, to record his pure patriotism, his piety and private worth. No place could have been more appropriate than this for such a testimonial, for the fame of Jackson is closely identified with the heroic history of Louisiana.

In the beginning of the war the Confederate States were wanting in all the material needful for its prosecution, and there was nothing which it was more difficult to supply than field batteries. Then the Washington Artillery came full-armed to fill that want. From the first battle of Manassas, where Jackson won his sobriquet of Stonewall, in the East and in the West, the guns of the Washington Artillery were heard wherever battles were fought. In the ever memorable campaign of the Shenandoah, where Jackson, with the swoop of the eagle, attacked the divided columns of the enemy, and, beating them in succession, drove his vast host from our soil, the sons of Louisiana were a staff on which he securely leaned. 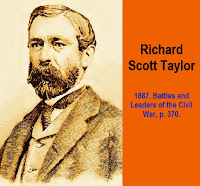 At Port Republic, a battle as noticeable for the strategy which preceded it as for the daring and resolution by which it was characterized, Jackson in making the disposition of his forces, assigned an important duty to the Louisiana brigade commanded by General Dick Taylor. This was to gain a position on the mountain side above the enemy's most effective battery and descend to attack him in flank and reverse. After Taylor had put his troops in motion, he went to receive from Jackson his final orders. He found him in front of his line of battle which had just been forced back. Shot and shell were hissing and bursting around him, and there he sat motionless on his old campaigner, a horse as steady under fire as his master, the bridle-reins were hanging loosely, and Jackson was wrapt in prayer. He had done all which his human foresight could devise, and now was confiding himself, his compatriots and his cause, to the God of the righteous.

Taylor's brigade was marching in rear of the column, and Jackson seeing the enemy advance in force where there was none to check him, directed Taylor to form line of battle for resistance. Taylor said this was done, though at fearful cost, and added, "This brigade would, if ordered, have formed line to stop a herd of elephants." I will not, at this late hour, longer detain you.

Jackson died confident of the righteousness of his country's cause, and never doubting its final success. With the same conviction I live to-day, and reverently bowing to the wisdom of Him whose decrees I may not understand, I still feel that the Confederacy ought to have succeeded because it was founded in truth and justice. In one sentence may be comprised the substance of all I could say—Jackson gave his whole heart to his country, and his country gave its whole heart to Jackson.