From
CHAPTER I: SECESSION AND ITS CAUSES
(pp. 4-5) 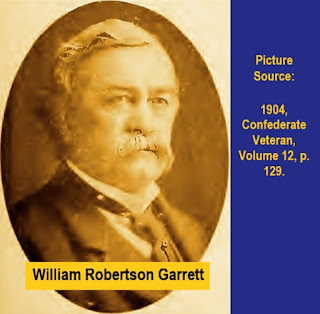 “When the people of a great nation, who have lived together in amity, who have been happy and prosperous under the operation of beneficent institutions which they cherish with the warmest sentiments of love and pride when such a people, enlightened, generous, ardent lovers of liberty, become estranged from one another, alienated in affection, divided into geographical sections by the conflict of geographical interests, it becomes them to consider seriously, but none the less frankly, whether it is better for the sections to separate in peace or to be held together by the sacrifice of the institutions of one section for the aggrandizement of the other. This question of preserving her institutions, to which she had every right, or of sacrificing them and becoming subservient to the prosperity of the North, came to the people of the Southern States in 1860. If it appeared in a different aspect to the people of the North, it was not the first time in the history of the world that men, arrayed on opposite sides of a great political conflict, were animated respectively by the most exalted motives that can influence human action.

Before entering upon the narrative of the greatest internal struggle which history records, let us briefly trace the long conflict between the centripetal and centrifugal forces of the Union, in order that we may the more clearly comprehend the spirit which animated those who took part in that stupendous contest. The great centripetal force has always been the spirit of American brotherhood and faith in American institutions. It was engendered by the Revolution. It gained strength with the establishment of a general government, and the many blessings which that government brought. It grew into a conviction of the excellence of American institutions and inspired the most enlightened patriotism. This sentiment is deep rooted in the heart of every American of every State and every section. The great centrifugal force has always been the contest between the geographical sections for the balance of power. The dread of losing this balance of power delayed the completion of the Confederation through nearly the whole period of the Revolution, and nearly proved fatal to the adoption of the Constitution.

Previous to the War between the States the operation of these two forces had produced constant political strife. Sometimes these conflicts were bitter, but they always ended in conciliation and compromise. Thus, the whole framework of the Constitution and the laws of the United States was a series of compromises. All our institutions had been founded in conciliation. During the first fourteen years under the Constitution there were some causes of irritation between the geographical sections, some alter nations of geographical influence, some friction of partisan politics. There had been, however, an acquiescence in the results which had agitated Washington’s Cabinet. The Virginia and Kentucky Resolutions, never intended to be more than a protest, or party platform, had accomplished their purpose and brought about a change of administration.

If the United States had remained within the original limits there would have been no fear by any section that it would be tyrannized over by any other section; and the centripetal and centrifugal forces would have settled into equilibrium, disturbed only by the friction of conflicting interests.”