He (Grant) Threatened to Resign and Cast His Lot with the South by Matthew Carey Jr. 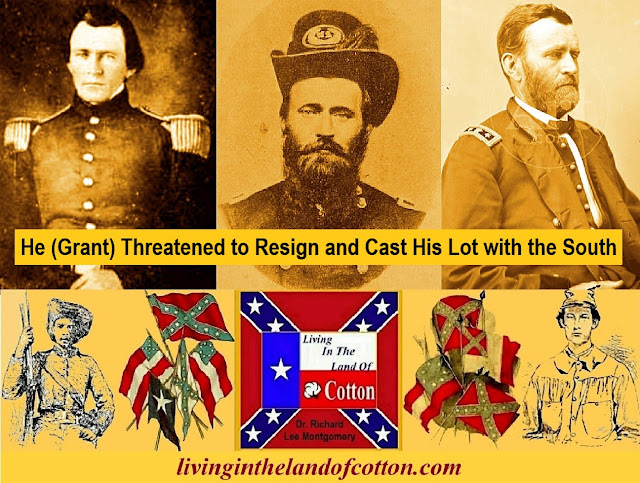 The editor of the Randolph Citizen recalls some interesting reminiscences of the great Reticent. He had a tongue at one time, it would seem:

In the summer of 1861 General Grant, then Colonel of the Twenty-first Illinois Regiment of Infantry, was stationed at Mexico, on the North Missouri Railroad, and had command of the post. He remained several months, mingling freely with the people, regardless of the peculiar shade of any one's political opinions; and as the distinguished Colonel had then no thought of aspiring to the Presidency or a dictatorship, no occasion existed for the reticence to which latterly he owes the greater part of his popularity. Ulysses the Silent was then Ulysses the Garrulous, and embraced every fair opportunity which came in his way to express his sentiments and opinions in regard to political affairs. One of these declarations we distinctly remember. In a public conversation in Ringo's banking-house, a sterling Union man put this question to him: "What do you honestly think was the real object of this war on the part of the Federal Government?"

"Sir," said Grant, "I have no doubt in the world that the sole object 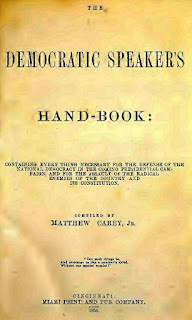 is the restoration of the Union. I will say further, I though, that I am a Democrat—every man in my regiment is a Democrat—and whenever I shall be convinced that this war has for its object anything else than what 1 have mentioned, or that the Government designs using its soldiers to execute the purposes of the abolitionists, I pledge you my honor as a man and a soldier that I will not only resign my commission, but will carry my sword to the other side, and cast my lot with that people."